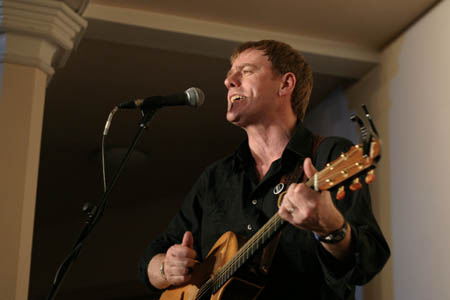 Saturday evening saw us at the Acoustic Cafe in Edinburgh for Martyn Joseph. He's one of those artists whose CDs (with the notable exception of his most recent release) almost always leave me cold - a bit bland and nondescript, if I can possibly say such a thing. Live is a completely different story.

Saturday's gig was very intimate, in a small church hall, with an atmosphere intensified at the start and end of the second set by Martyn unplugging his guitar and strolling around among the tables. Almost cheesy, but actually very good. The brilliantly performed songs were interspersed with a witty dialogue with a crowd that had the air of old friends getting together. He comes across as a pretty humble performer who apologises freely for losing it a little when he goes off on a full-on rant - despite the plain fact that everyone in the room is right there with him.

This was one of those gigs that just blew me away. Musically, he's one of the most expressive guitarists I've heard live, with nothing fancy - just feeling. His songs have always been pretty in-your-face lyrically (and he's still cracking jokes about the Shirley Bassey tour: "I don't know who thought a bunch of people come to hear Hey, Big Spender would want to hear songs about redundant miners."), but in person you really get the passion.

This was the first time I've caught Martyn Joseph live, and I loved it. Sure, not every song is wonderful, but there's definitely more hits than misses in there, and the new ones are better than ever. Not bad for one of the longer running UK singer-songwriters. 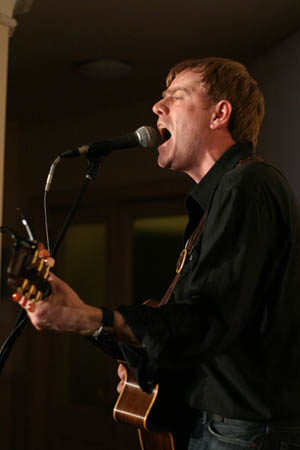