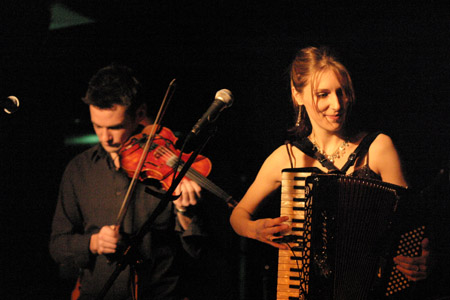 Thursday 20th January 2005, Oran Mor, Glasgow: I was introduced to the music of Emily Smith (the sister of a friend, actually, but that's neither here nor there) - traditional celtic folky-type stuff, the like of which I don't really listen to very often or know terribly well. This isn't because I have any standing dislike of the music (actually, I usually enjoy it), but more that I'm rarely exposed to it, and that it's low enough on my radar that I don't tend to seek it out.

So, I can't really give any in-depth comment without shattering the illusion that I may know what I'm talking about.

Suffice to say that I know when I enjoy a gig, and I greatly enjoyed this one. Emily can surely sing, and she and the rest of the band played up a storm while they were at it. A sold-out venue (Oran Mor is very nice, by the way) and her fantastic rapport with the crowd made for the kind of atmosphere that invites you to sit back and smile contentedly. We will certainly keep an eye out for any gigs through Edinburgh-way.

As an aside, I'm long-since used to albums seeming a bit pale and uninteresting when set beside live performances, but this gig was the launch of one of the first CDs I can think of that still sounds good after the gig. It's called 'A Different Life', and I'd recommend grabbing a copy. 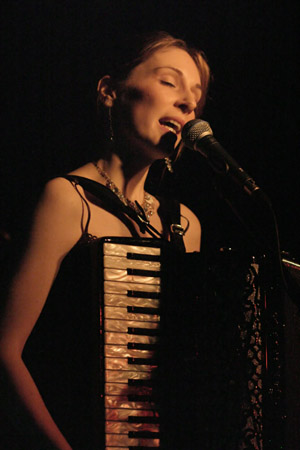