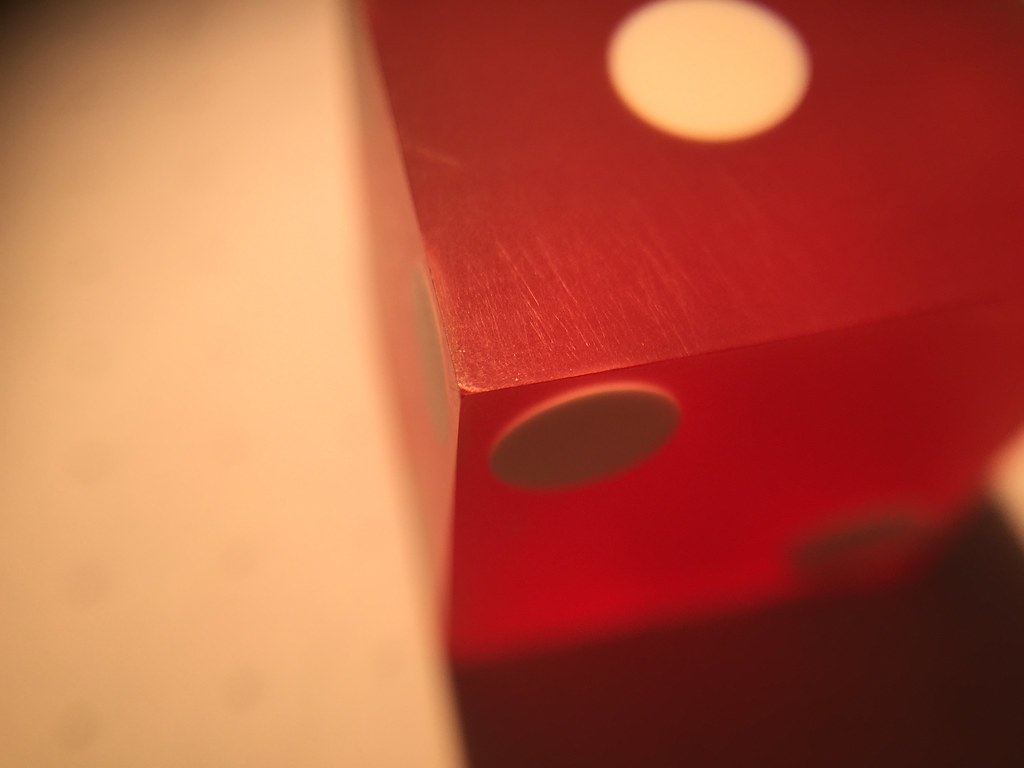 I made a terrible mistake. I read a post on Boing Boing, all about dice. Which led to a trip to Amazon. Which led to the arrival here a few days ago of a handful of honest-to-goodness, perfectly formed, razor-edged casino standard dice.

It was a predictable chain of events, I suppose. Unlike the rolls from the dice ;) 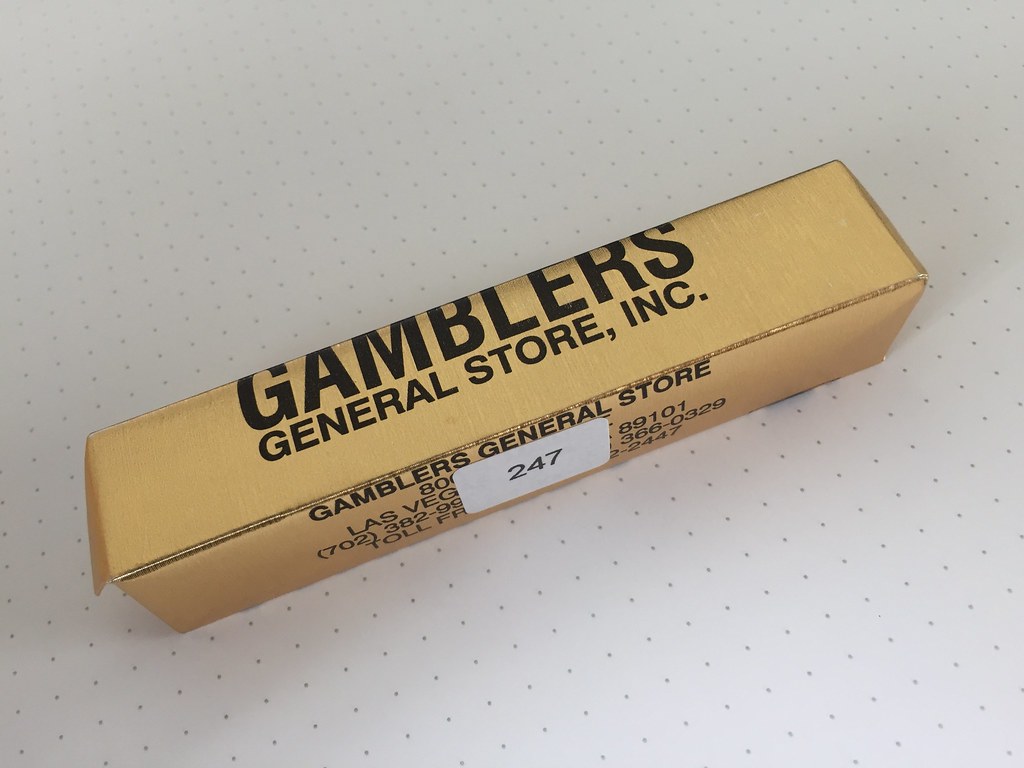 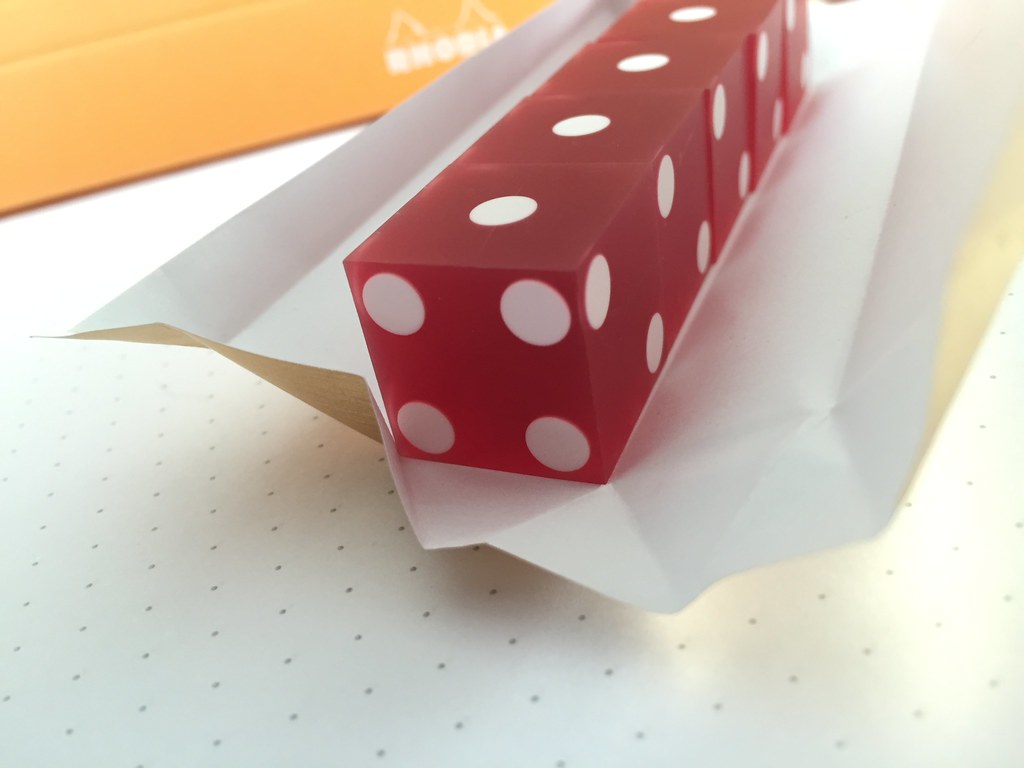 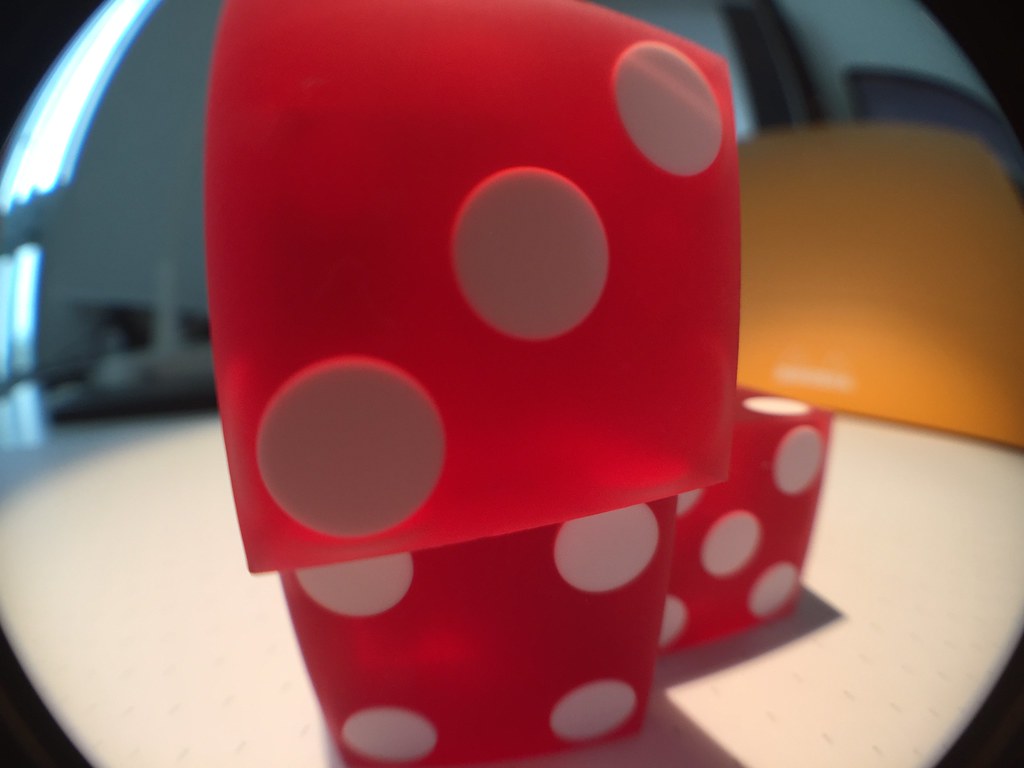 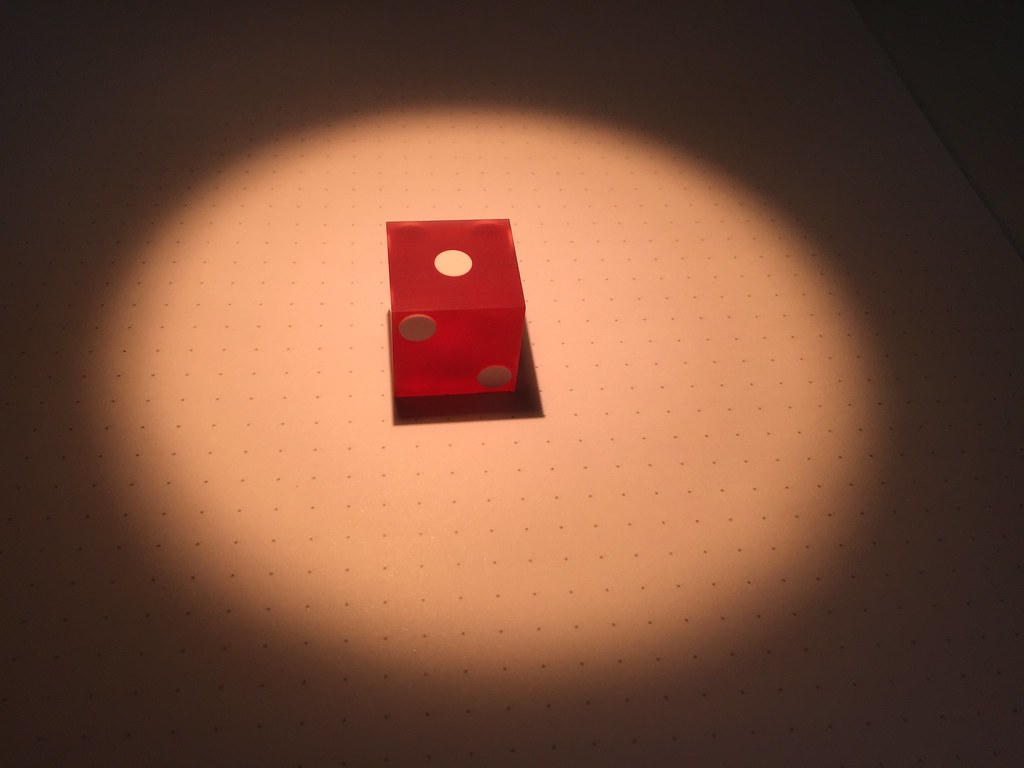 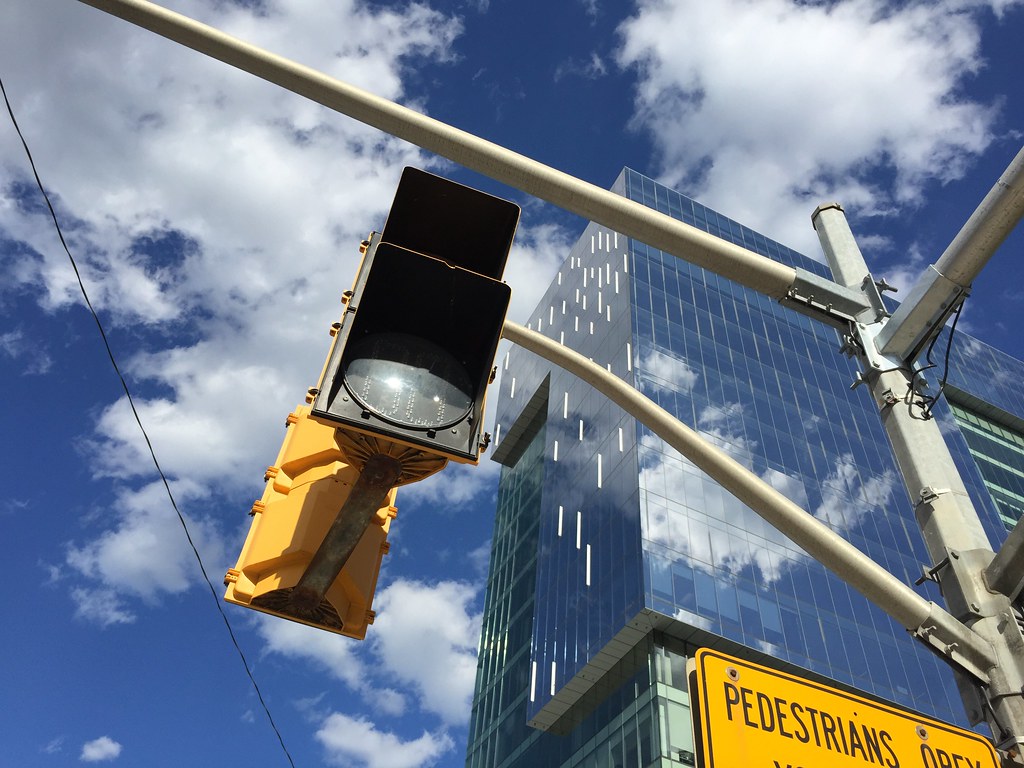 Things have happened. Exciting and surprising things, you could say. Six weeks ago we upped sticks and left Northern Ireland for Toronto—just for a year, but still. My wife is working as a clinical research fellow in the cancer hospital here, so we've all come along for the ride!

There are worse things; so far this seems like a great place to live. There's loads to do, the boys are having a ball, and we're enjoying the big city way of life (I took the photograph at the top of this post while walking round to pick them up one evening last week). It's all made a bit easier by my employer being happy for me to work remotely for the year. Decent internet access and a laptop mean I can carry on doing my thing, so that was one less worry.

There'll be more discoveries, I'm sure. We'll be back in NI next summer but, for now, We All Go To Canada.

I did some tweeting this morning. Among the flurry of words were the following snippets:

I believe strongly in the importance of voting, but there is no one on the ticket I can bring myself to vote for.

I will not vote for a NI party that views the union/border as a defining issue. That’s the politics that made NI what it is today.

In Lagan Valley, I immediately ruled out candidates from the DUP, the UUP, the TUV, the SDLP and Sinn Féin, because see above. The Alliance candidate put me right off with his abstention from the recent marriage equality vote. The independent candidate? Well. Anyone who knows me won't even ask about UKIP.

I could have voted Tory, but I have a basic belief that people are generally decent and deserve the benefit of the doubt.

I walked into the voting booth not knowing whether I would spoil my ballot or actually cast a vote for someone. Once ensconced, I decided to vote for the candidate I reckoned was the least terrible option.

But voting is important. Really important. It matters. Even when there's no-one to vote for, showing up is essential. The best of a bad lot might be the reluctant preference, or the best might be to spoil a paper.

One of my few actual heroes died today.

I say "hero". It's a funny word. I don't mean a great warrior or protector. I mean someone I could, and did, look up to and learn from. One of the short list of People Who I Really, Really, Really Would Like To Meet And Get To Spend Some Time With. But I won't.

I'm not sure what age I was when I read my first Terry Pratchett novel, but I was probably somewhere around 8 or 10. I don't remember which book it was, but it was definitely of the Discworld. Maybe it was The Colour of Magic. (I do remember being delighted by that book's hydrophobes.) I've been reading, and loving, his books ever since. I was an insatiable reader from younger than that, but into my teens and beyond, it was Pratchett I came back to again and again. And again.

I don't know how many times I've read Guards! Guards!, but it's definitely approaching the mid-double digits. I rate Night Watch and I Shall Wear Midnight as among the very best novels I have read. I remember the first time I read Lords and Ladies, but even more I remember reading it again a few years later when I'd discovered A Midsummer Night's Dream. I remember it changing how I understood stories.

Elves are wonderful. They provoke wonder. Elves are marvelous. They cause marvels. Elves are fantastic. They create fantasies. Elves are glamorous. They project glamour. Elves are enchanting. They weave enchantment. Elves are terrific. They beget terror.

The thing about words is that meanings can twist just like a snake, and if you want to find snakes look for them behind words that have changed their meaning. No one ever said elves are nice.

Terry Pratchett has been described again and again today in the media as a "fantasy author". That runs the risk of glossing over how he cut to the heart of this life and displayed its beauty and its ridiculousness, without fear but with tremendous affection.

So much I owe to him and his work, this dashingly be-hatted fellow I never got to meet. Thanks, Pterry. 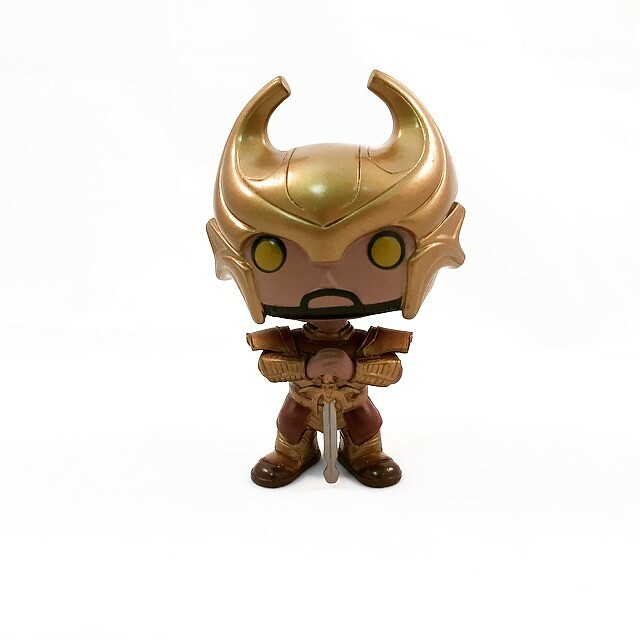 A while before Christmas I bought a bobble-headed statue of the Marvel Cinematic Universe interpretation of a Norse god. I took a photo. The next day, I took another photo.

Thus began the recorded adventures of Heimdall. It was fun, and I kept going. Now a few people ask after him if I go a while without posting a photo. It's the kind of internet whimsy towards which I am normally quite scathing, but it turns out that this kind of thing is fun to do. So there you go.