There's been so much chat about Phoebe Bridgers smashing up her guitar on Saturday Night Live last weekend. The guitar press is still chatting a bit about it. A bunch of folks think it's simply disgraceful behaviour.

Wrecking instruments during a performance is such a long-standing practice that there's even a Wikipedia page.

It's almost as if the problem with what Phoebe Bridgers did isn't so much that she smashed a guitar as that... Well. Have a read of that Wiki page and see what you think. 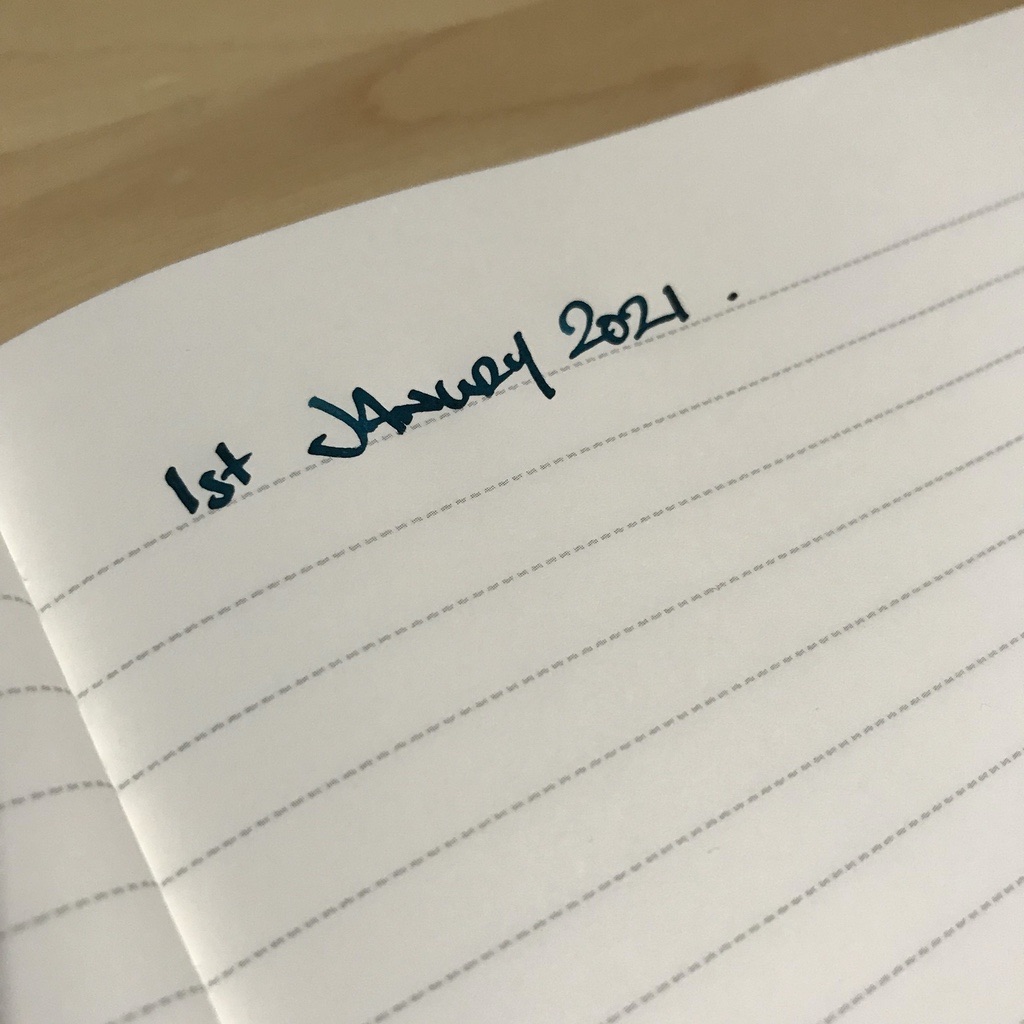 We stayed in, had lessons at home, cancelled plans, shopped only sparingly, wore masks, washed hands, kept our distance. We lost a friend to the COVID and others within a couple of steps of remove. Our older son had a couple of weeks in hospital with an appendix that turned nasty. The younger boy has gone off the idea of groups of people for fear of who might be spreading the virus.

But as a family, we were definitely among the most fortunate. Neither my wife or I had to be furloughed, and we both remain securely employed. Working from home was already my normal routine. While the abandonment of routines and the boys being always there took some getting used to, it really was a joy to spend so much time together as a family. We made some new routines and we made the most of it.

I haven't touched a bow since March. For much of the year I have technically been allowed to visit the archery club, but I'd rather be cautious. Eighteen months or so out won't do me any harm.

Instead I've remembered how much I love playing guitar. Years of neglect mean I'm not the player I used to be, but I'm working on it. And I'm finding that I've a very different ear and different approach to the instrument at 40 than I did at 18, or at 25. That's fun.

Like I said, as a family we've been pretty lucky.

Now for 2021. More time waiting for politicians to reassess plans and figure out what's next. More staying in, more waiting. COVID hasn't gone away. But maybe the last year can leave us ready to make best of the next, to grab it (and ourselves) and haul it into the light.

One past colleague read Ring Out, Wild Bells for Advent. I hadn't come across it before. Another posted the same to Instagram on New Year's Eve. Those are the words that take me into the new year. 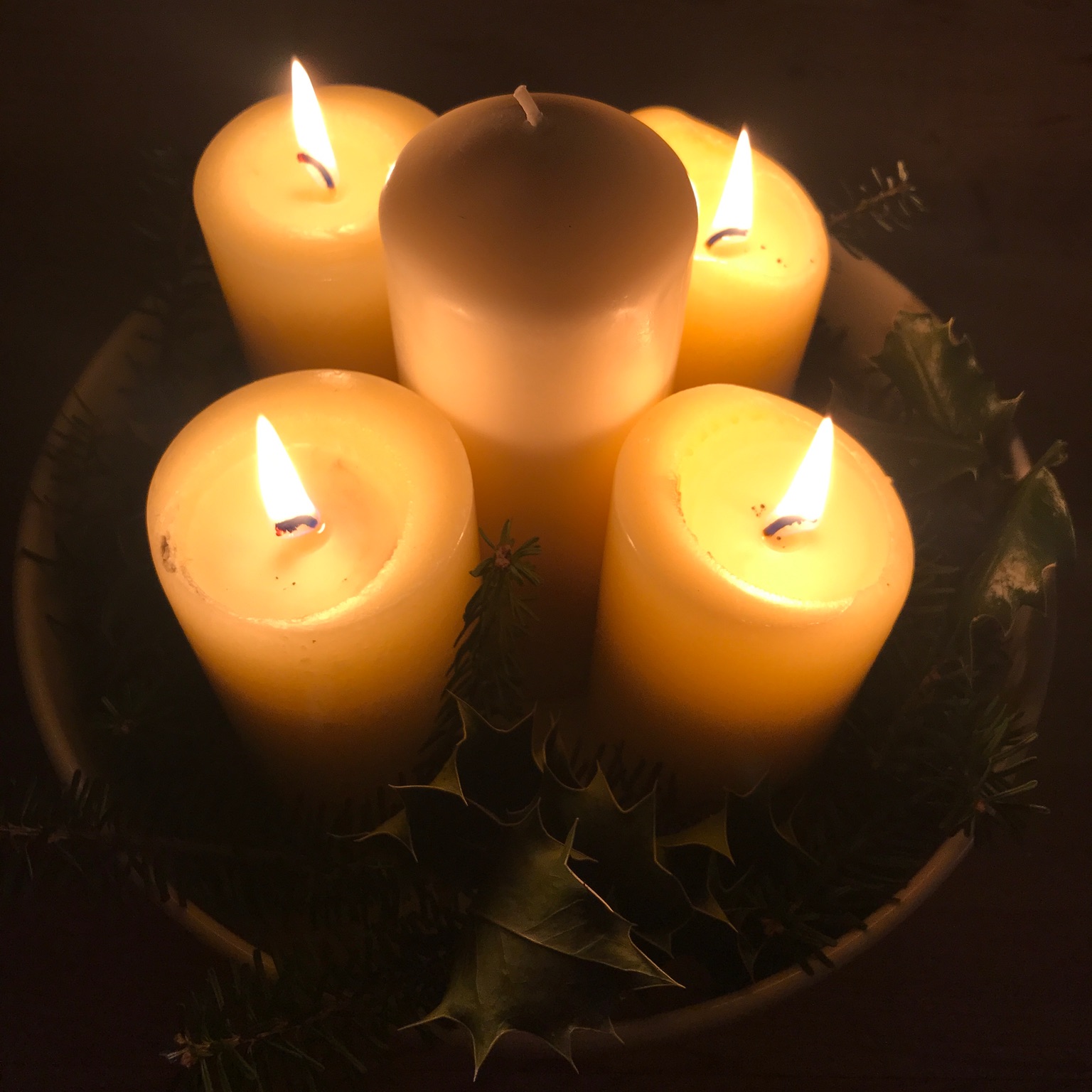 2020's been a hard year, for pretty much everyone to some degree. But I'll save thinking about that for later.

Since I "left home" (which is to say, "moved out of my parents' house"), Christmas itself as generally celebrated in these parts hasn't seemed as big a deal to me as it was when I was younger. I can take or leave the jolly, poppy music, the decorations, the food and feeding, the lights. I've been more at home with a quieter, gentler observance of Advent, in the dark of December.

But this Christmas is different. I sure it's a reaction to the year that's been, but I've been all about the songs and the lights. We've put up lights on the outside of our house for the first time ever.

Christmas is a time of drawing close to those you love (even if at an enforced distance of six feet or many miles), and Advent is a time of looking forward with hope. However you observe Christmas, secular or sacred or not at all, I hope those are both things we all get to enjoy.

While communities around the world are in various degrees of lockdown, one of the fun side-effects is the variety of musicians either gigging live online or recording and releasing from isolation.

A few of my favourites so far:

I'm sure there'll be more, and loads already that I haven't seen. We take the good where we can, and these are good.

I took a notion there to count how long I and my family have been in some sort of isolation or lockdown during this whole COVID-19 business.

I developed a fever and general unpleasantness on 12th March, meaning that (according to what we were being told at the time) I had to "self-isolate" for seven days or until my symptoms were gone, whichever came first. (That was eight days, in the end. Maybe I had the thing, maybe I didn't. We'll likely ever know.)

The following week, the guidance changed to say that other members of a household where someone has symptoms needed to isolate for fourteen days. That saw the boys through until after the schools were closed, so they've been here since 17th March (right alongside the cancellation of various St.Patrick's day festivities here and there).

And before those two weeks were up, the Prime Minister was on the TV announcing this thing we're calling "lockdown".

Totting that lot up, I make it 41 days in this house, with time off for officially sanctioned exercise and occasional grocery shopping.

I actually hadn't realised it had been that long. That's probably a good sign.