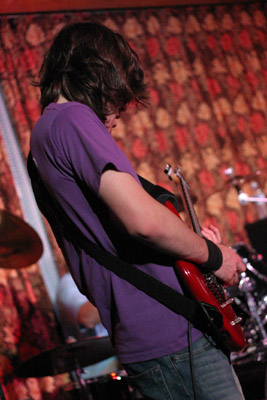 Last week at the Carberry Festival, I was impressed by an outfit by the name of Acquitted. I have a tendency to be very skeptical of Christian rock bands - there's just so much crap out there, y'know? - but these boys were great. I can recommend their EP, Secure, too. 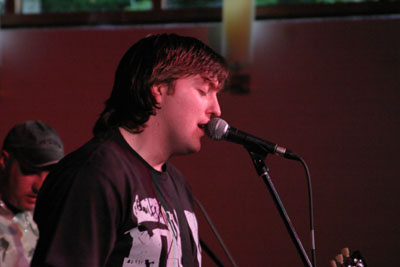 Their website lists all kinds of influences, but I'd probably place them firmly alongside Extreme (remember More Than Words, Holehearted, etc?). They've got that kind of loud, maybe slightly heavy, properly-rock-guitar-while-still-being-cheerful thing going on. Quite likeable, in other words.

David (singer-guitarist and youthworker in Falkirk) got on well with a pretty apathetic crowd, and the band didn't seem too put-off that no-one got up off their seats until two songs before the end of the set. And the photos may or may not show it, but lead guitarist Andrew can do the rock poses with the best of them [spandex gag deleted]. 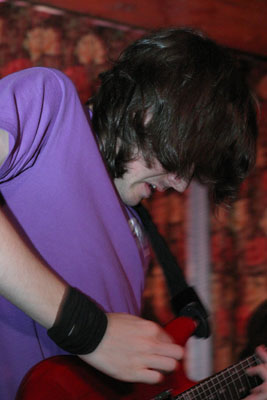 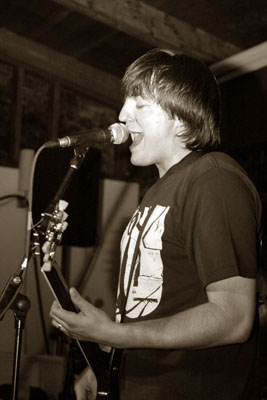 (Those curtains at the back of the stage area don't do anyone any favours, do they? David said to me they were looking for a new pic for the front page of their website, but I was able to assure him that none of the ones I took that night would be suitable...)